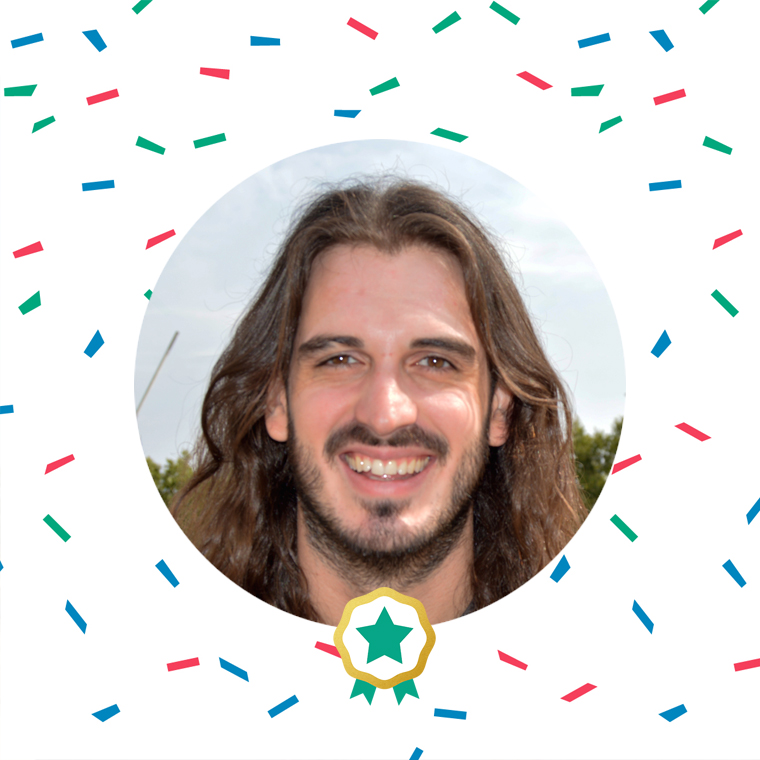 Spanish Ambassador of the Month: Juan

The 29-year-old entrepreneur and carpooler has recently started his own company, Hunteet.

Entrepreneur. Basketball player. Reader. BlaBlaCar member. Those are among the many titles that our ambassador of the month, Juan, holds! Let’s get to know him:

Hi Juan! Can you tell us a little bit about yourself?

Hi! I’m a 29-year-old from Barbastro but I now live in Zaragoza. I studied computer engineering in Zaragoza, where I also worked for important companies in this sector. I recently got together with some friends to carry out a dream of mine: starting my own company. Yes, thanks! Hunteet is a free app where you can win prizes for the photos you create. Through a series of challenges, which are sponsored by companies and brands, users (or hunteers) have to create specific photos and upload it to the app. Users can also participate in leagues and play with each other. We have more than 150 brands working with us!

That sounds very interesting! And what are your hobbies?

I am passionate about travelling, discovering places and sharing experiences. Reading — that’s another favorite of mine. I love receiving books as gifts or finding them at markets, etc. I also play basketball and love sports, in general.

When did you start using BlaBlaCar?

I had been travelling between Barbastro, Zaragoza and the Pyrenees in what seemed like an eternal loop. It wasn’t until I met someone during the 2013 Viña Rock Festival who said they travelled by BlaBlaCar from Barbastro. I decided to give it a try as a passenger, and soon I published my first trip in March 2014 as a driver. I haven’t stopped using BlaBlaCar since!

What role does BlaBlaCar play in your life?

BlaBlaCar has really become a way of life for me. I usually make trips to visit my friends, girlfriend and family. It’s also been a good opportunity to get feedback on Hunteet from members.

What’s the most memorable trip you’ve had so far?

I witnessed a family reunion at a meeting point! I was en route to pick up a girl and a boy at a gas station. While waiting for the boy to go to the bathroom, she told me he looked familiar. But I had never met either of them before. When the boy returned, the girl asked for his name and they discovered that they were cousins! And I was just there to witness the entire thing. What a surprise! It was such big news that the father of the boy actually met up with them when we arrived. It was incredible luck that the cousins somehow booked the same trip with me.