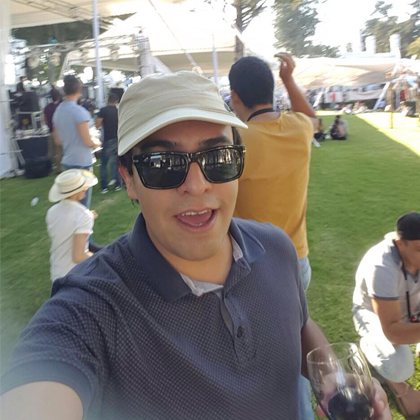 As we celebrate one year of BlaBlaCar in Mexico, we share stories from some members who’ve made it great.

In December 2015, a few days before the holidays, I received a call from a recruiter who invited me to a job interview in the city of Monterrey. Without thinking or consulting anyone, I accepted the invitation for the following Monday.

Afterward, I gave it some more thought and I realized I had to commute 1,200 kilometers! I was surprised. After the initial regret of assuming all the costs, it was clear to me that I should use carpooling.

The trip was scheduled for Sunday — the day before the interview. I published my trip and received two responses. A man from Veracruz and a woman from Sinaloa. The two traveled with me to Monterrey. Imagine spending 10 hours traveling with a couple of total strangers. We did! We talked about our lives, loves, heartbreaks, professional experiences, etc.

Once we were near San Lui Potosi, I suddenly remembered that I didn’t have a hotel in Monterrey. It was 10 p.m. when we arrived. Luckily, they both offered me lodging. The man offered his place because his roommate was out of town. And the woman was very appreciative that she could have shared the journey with us. That was the moment we realized we were not strangers anymore; we were friends. In fact, I still keep in touch with them. It seemed like a dream because everything was so positive.

Arriving in Monterrey, the woman invited us to dinner at her house where we were greeted by her mother and sister, who were very nice ladies. On Monday, I went to my interview and then they gave me a city tour as I had never been to Monterrey. We drank, we talked, and we laughed. Thanks to carpooling, I got the chance to meet this excellent couple!

I returned to Puebla on Tuesday with travelers: one from Monterrey to San Luis, another from San Luis to Queretaro, and finally one from Queretaro to Puebla. It was nice not traveling alone as I had lots conversations and saved a lot of money.

I have more stories from Oaxaca, Veracruz, Mexico City, Queretaro, Guanajuato, San Luis Potosi and Nuevo Leon. For sure, BlaBlaCar will remain as part of my life and I am eager to use the application in other countries.