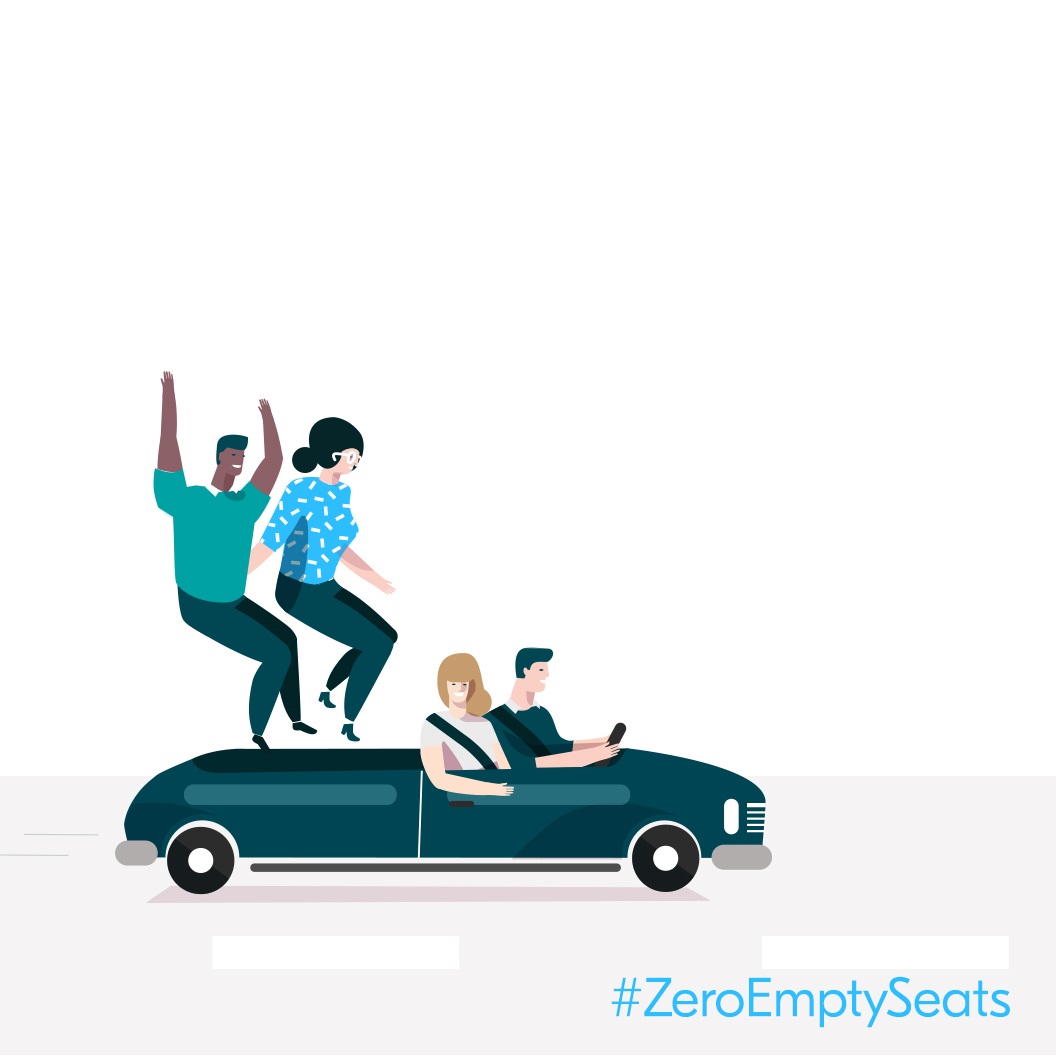 STUDY – Carpooling saves more than 1.6 million tonnes of CO2 a year, whilst doubling the number of people traveling

BlaBlaCar today announces the release of Zero Empty Seats, a global study into the environmental impact of carpooling. The report, conducted with French research institute, Le BIPE, is the first study based on real usage data from BlaBlaCar’s community of 70 million carpoolers.

The study, which follows BlaBlaCar’s recent research into the social impact of its activity, reveals the current and projected CO2 savings generated by carpooling.

Le BIPE, a member of the BDO Group, looked at BlaBlaCar’s real usage data over 12 months and surveyed 6,884 BlaBlaCar members across 8 countries.

The results show that BlaBlaCar doubles the number of people traveling whilst operating a carbon-saving network.

In total, 1.6 million tonnes of CO2 were saved by BlaBlaCar carpoolers in 2018, thanks to the relative efficiency of filled cars versus alternative modes of transport, members’ improved driving behaviors whilst carpooling, and the informal carpooling inspired by BlaBlaCar outside the platform.

The facts are simple – to protect the future of our environment, we must work together to take action today. These results show how carpooling and shared mobility can significantly lower the carbon footprint of transport, without limiting travel aspirations or access to mobility. BlaBlaCar has always fought to reduce the number of empty seats on the road, and the ongoing roll-out of long-distance buses on our platform will further reinforce our efforts in that direction.
- Nicolas Brusson, CEO and co-founder of BlaBlaCar

The bigger picture: what solutions for more CO2 savings?

Today, 75-80% of long-distance travel in Europe is done by car, but with an average occupancy rate of only 1.9 people, most cars still have at least three seats left empty.

Shared mobility has a bright future – but how can BlaBlaCar go further to reduce the carbon footprint of road travel?

The Zero Empty Seats report presents four different scenarios based on ongoing innovations and BlaBlaCar community growth forecasts. From scaling carpooling for commuting to delivering a door-to-door travel experience, multiple levers exist to help save an annual total of 6.4 million tonnes of CO2 in 2023.

The survey is based on 3 sources of information: