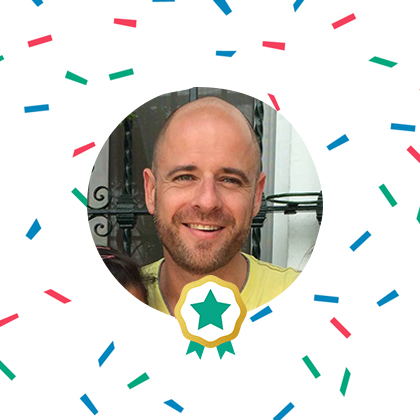 Spanish Ambassador of the Month: Jose

Father of three often travels between Alicante and Seville to see his family.

Jose Miguel, originally from Seville, Spain, has been living in Alicante for work. But the most important part of his life are still in Seville: his three daughters. We share this ambassador’s story as a tribute to all the dads out there. Happy Father’s Day!

Hello Jose, congratulations on being an ambassador! Can you tell us a little about yourself?

Hello! I am 41 years old and I’m from Seville, but I’ve been living in Alicante since June 2013. When I lost my job in Seville, I decided to move to Alicante for work.

How did you start carpooling?

I wanted to see my daughters in Seville more often and the transportation alternatives in Alicante were rather limited and expensive. So I started carpooling when I was in Alicante as a way to see my three daughters, who are the most important things in my life. Since I knew some friends who had experience carpooling, I decided to give it a try.

Why did you use BlaBlaCar?

BlaBlaCar allows me to travel more while saving on costs. I use BlaBlaCar every 2-3 weeks and always walk away with great experiences. I enjoy meeting people and listening to their stories. It’s a healthy dose of inspiration that I take with me.

What has been your favorite carpooling experience?

In Granada, on the way back to Alicante, we were waiting for the last passenger who said he was wearing a black T-shirt. Our driver approached someone who fit the description and after a brief introduction, the “passenger” joined us.

Our driver opened the trunk of the car and asked the guy for his backpack, but he held on to it. He appeared to be very confused. The “passenger” said he had been waiting for an Audi, not for a Megane. Our driver tried to clarify the situation by asking him whether he was going to Alicante, but the “passenger” thought he was joking around with him.

It became clear later on that the guy wasn’t waiting for his fellow ridesharers, but actually for a guy who wanted to sell a used Audi!