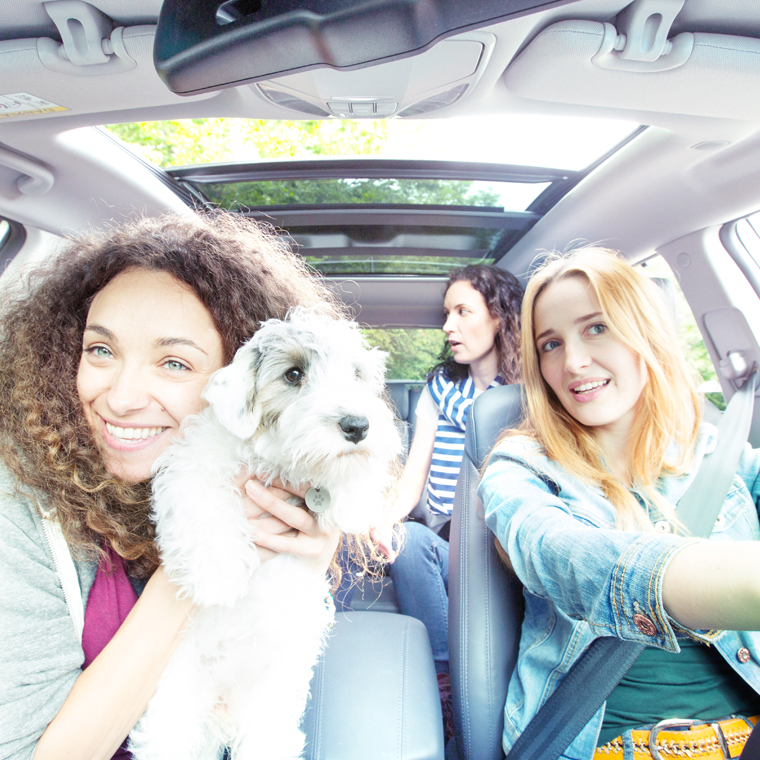 What is the sharing economy?

At BlaBlaCar, when we say sharing — we mean it.

This world is real. And you’re living it.

We believe this global revolution was founded on three noteworthy principles: unused assets, access, and trust. It’s allowed us to break free from the limits of the past by doing what we do best: collaborating and sharing at an unprecedented scale.

Oxford English Dictionary defines the sharing economy as “an economic system in which assets or services are shared between private individuals, either free or for a fee, typically by means of the Internet.” So in other words, you need something? If I have it, I’ll share it with you.

It’s a system in which you and I can access stuff that is owned by someone else. And thanks to technology and smartphones, we aren’t limited to just our next-door neighbors. We now can access an entire network of peers — in most cases, through a simple app. It makes the most of underused assets or services such as filling empty seats on the road or an sharing a vacant apartment for a weekend.

Ten years ago, after struggling to find a train ride home during the busy holiday season, a young Fred Mazzella found inspiration while driving from Paris to his hometown in Vendée  with his sister. All the seats on the trains going in his direction were full, but there were plenty of empty seats in the cars. The experience inspired him to create a carpooling platform to optimise idle car capacity.

In today’s world, waste is no longer an option. Not only is optimising empty seats beneficial for passengers and drivers, it also reduces our environmental footprint.

An unlimited network of peers

The advancement of technology and social media in the 21st century gave new meaning and depth to the sharing economy. Now, people had different channels and sharing practices to grow their community and connect with others outside of the traditional network through mobile devices and high-speed Internet.

When you think about it, the sharing economy has enabled new relationships that would have been constrained by time, distance, and other limitations. Technology isn’t making people shy away from the world: It’s giving people the tools to extend their circles of trust, and empowering people to connect and interact with others like never before.

Every quarter on BlaBlaCar, close to 12 million members share long-distance car rides with each other. In this society of sharing, people hail from different walks of life with various professions or cultures; people who would have never met otherwise and who chose to share a ride. Half of our members say carpooling has made them more open to others. Thus, the perception of “the other”, of “strangers”, changes and the circle of people you trust widens dramatically.

We have worked in close collaboration with NYU Stern Professor Arun Sundararajan, author of the book “The Sharing Economy”, to analyse what creates trust online and the resulting personal connections that this helps to build. Our research, titled Entering the Trust Age, revealed that BlaBlaCar members who have never met trust each other almost as much as friends, and that the use of sharing economy platforms can have a spillover effect: As users familiarise themselves with new social codes and become more trusting of people they’ve never met before, they become more open to trying additional sharing economy services.

You used to share things with your family and your friends. And now, you share things with an unlimited network of trusted peers. In this new world we are empowered to share goods, knowledge, money, skills, network, or content with limited transaction costs. We’ve regained our ability to contribute more directly to society and the economy, but on a global scale. All of these developments give form to the sharing economy that we are living in today.